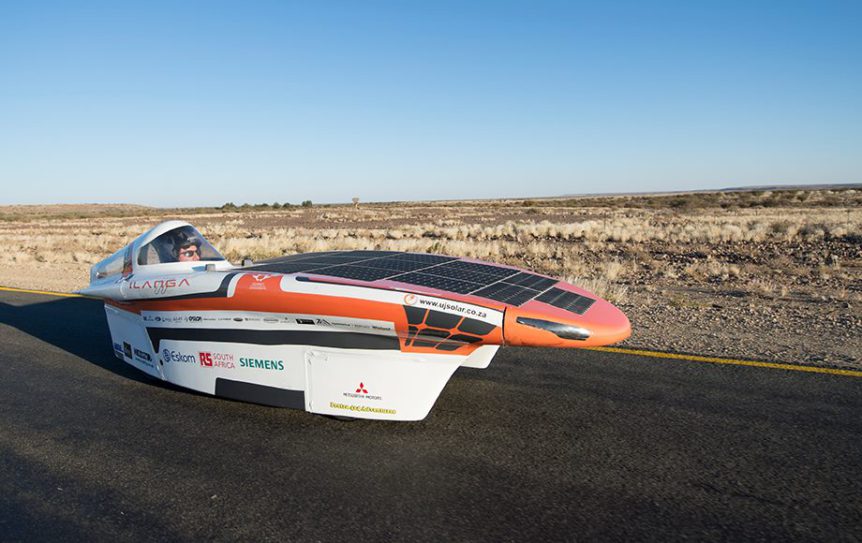 Recognising the importance of supporting future intellectual property in the engineering field, P24 Interconnect provided the entire electrical harness for the Ilanga II solar-powered vehicle. Designed and built by 20 mechanical and electrical engineering students from the University of Johannesburg (UJ), Ilanga (isiZulu word for the sun) II will compete in the Challenger Class of the South African Solar Challenge.

“The UJ team has competed in this Challenge since 2011 and has now upgraded the original Ilanga II vehicle. The new version of the Ilanga is capable of reaching speeds of up to
130 km/h and cruising speeds of 75 km/h, solely using lithium-ion batteries,” P24 Interconnect CEO, Quentin van den Bergh, says. Ilanga II is light and fast, but since the race is held on public roads, vehicles are limited to speeds of 120 km/h and a 1.2 m height.

In 2014, a special mention was given to the University of Johannesburg team, who came in fifth place and received the technology and innovation award. “This team took brave steps to rather build a smaller car with more technologically advanced solar panels. While they had their share of challenges, we applaud the bravery and initiative taken to put this technology to the test,” says Winstone Jordaan, Sasol Solar Challenge Director.

According to a spokesperson at UJ, the institution promotes the development of sustainable engineering design, efficient energy use, environmental awareness and innovation. The Ilanga II is a perfect example of what can be achieved when the engineering prowess of a focused team is combined.

The vehicle has a R5 million gallium arsenide solar panel array, used for space-grade applications and covering 3 m2 on the vehicle, to power the 98% efficient electric motors. Ilanga II can carry drivers of up to 80 kg and 1.7 m tall, with a combined weight of less than 200 kg. The steering wheel and the other integral parts on this one-wheel-drive vehicle are 3-D printed.

The eight-day Sasol Solar Challenge sees local and international solar-powered cars travelling as far as they can on various roads and loops between Pretoria and Cape Town. “We are thrilled to be involved in an event that sees emphasis placed on the development of students studying STEM (science, technology, engineering and mathematics) subjects. There is a perfect synergy between what the students are involved in on this Challenge and what we do on a daily basis at P24. Projects of this nature call for flexibility in thought processes, an out-of-the-box attitude towards design and development, and innovation in engineering,” Van den Bergh points out.

“We are confident that the electrical harness provided by P24 Interconnect will play a critical role in the success of the Ilanga II and we look forward to seeing the UJ Solar Team (part of UJ energy Movement) going head to head with other international and local competitors,” adds Van den Bergh.